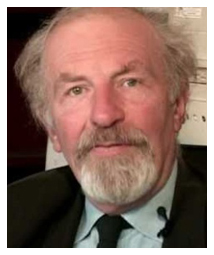 On a secluded hillside in the Welsh valleys a small specialist biological research laboratory has recently discovered and now produces a new kind of food supplement potentially able to solve a number of common health problems, all at the same time. It is based on the plant version of a powerful brain hormone which normally organises our sleep patterns, keeps us from ageing, and protects us against free radical damage.

Coghill Research Laboratories of Pontypool South Wales has been conducting research for over a quarter century. It specialises in a branch of biology known as bioelectromagnetics, the science investigating interactions between the physical energies of electricity and magnetism on the one hand and living organisms (like you and me) on the other.

The lab has pioneered new therapeutic uses for static magnets, but their principal focus has been the so-called “electropollution”, the way chronic exposure to weak electric fields and radiations from a myriad sources such as cell phones and power-lines can sometimes lead to serious ill health. The World Health Organisation and the UK Government now both accept that these exposures could cause cancer: for example, studies show that children living near power-lines are twice as likely to get leukaemia, and frequent users of cellphones over time are likely to get brain tumours.

Not content with simply identifying the basic problem, Roger Coghill’s lab set out to find a solution to the health risks posed by the “electrosmog” which surrounds us all today. He first found out that these electric fields cause the formation of free radicals in our bodies’ fluids. Free radicals can damage DNA, leading to mutated cells, but cause all kinds of other damage too. However, they can be neutralised by what are called anti-oxidants, and these also abound in nature. As well as being found in fresh fruit and vegetables (vitamins for example) we can actually also make our own anti-oxidants—enzymes like catalase and superoxide dismutase made in the body are capable of scavenging free radicals. At night, when the need to repair cells lost during our every day activities are repaired, we create a large number of free radicals, so Nature provides an additional anti-oxidant called melatonin to scavenge them.

But Nature had not until a century or so ago ever encountered the electromagnetic fields (EMFs) of modern life. It also transpires that electric fields not only increase free radicals in our body, but also suppress the synthesis of melatonin, a double whammy!

Following up this research the lab found that certain plants contain copious melatonin, and that supplementing the diet with these puts back the lost melatonin, thereby protecting cells from free radical damage. Experiments with rats and mice showed that supplemental melatonin could extend life and vitality, while experiments with volunteers indicated that sleep was also significantly improved. In today’s society, where at least a quarter of us don’t get a decent night’s sleep, this was an exciting finding. Finally, as we get older, our ability to make melatonin decreases and free radicals gradually overwhelm the body’s diminishing defences, the main reason we age.

The lab’s research discovered that a certain edible plant contained more than any other, and they started to grow it in the valley pastures. Sure enough, when dried and milled to a fine powder the plant gave people the best natural sleep they had since childhood, and also protected them from electrosmog. Users started reporting improved complexions, a clue that the supplement was having an anti-ageing effect. The lab called the product Asphalia, from the ancient Greek word for safety.

Scientists already knew that many cancer patients are low in melatonin, for example breast cancer patients have only a tenth of normal levels. Supplementing the diet with melatonin is adjuvant to these patients. But other new applications continue to emerge: a 2007 study by the world famous Pasteur Institute reported that autistic children have only half the level of melatonin they should have. When an autistic child was given Asphalia he began to talk for the first time, having never previously uttered a word.

The health food trade warmly welcomed this natural plant form of Asphalia, especially since it had been approved for over the counter sale, whereas ordinary melatonin can only be obtained on prescription. Already over 200 health food shops stock it and regularly re-order. Britain’s top nutritionists like Jan de Vries also recommend Asphalia as being a non addictive side-effects free aid to sound sleep.