What is an ear cone?

It is a means of safely cleaning your ears.

How does it work?

After placing the tapered end of the cone into the ear, the wide end is set alight. 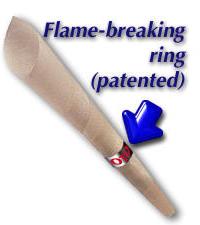 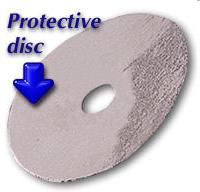 I don't like the thought of it burning, could it harm me?

How does the burning cone work?

1. HEAT        The heat, which is beneficially released towards the inside of the ear, reinforces the blood circulation and helps soften the wax;

2. SUCTION  The warm air, which rises, creates a depression and consequent suction (“chimney effect”) at the base of the cone. This helps eliminate waste and deposits from the ear canal. It also liberates close pores, regenerates the breathing of the skin, and helps regain the correct tension of the eardrum following holidays in the mountains, flights, swimming and diving which can cause that “blocked ear” feeling.

In 1992, the “Riza Psicosomatica” magazine published an article which reported the results of a number of tests carried out by a group of doctors on the use of the OTOSAN ear cone. From this research it emerged that the cone may be efficacious in certain pathological conditions of the ear and principally on two very frequent complaints: the obstruction of the ear duct due to wax and otalgia during otitis.

In the first case 15 adults were tested. They presented an abundance of earwax, or the actual formation of a plug, and complained of itchiness, difficulty in perceiving sounds, buzzing and hissing sounds. After the cone had been applied, all patients reported an immediate improvement of their symptoms and when examined using an otoscope a decrease in wax could be observed.

In the second case 15 schoolchildren suffering from otalgia who had not taken pain-killers for at least six hours were considered. Most of the children reported a remarkable reduction in pain after only five minutes from the end of the treatment with the cone. At a test carried out two hours later the pain had not returned. As a result of these tests, doctors have formed a positive judgement on the use of the OTOSAN cone.

Most orders are sent by either 1st class Royal Mail or if requested by DPD.

We aim to dispatch orders received before 1.30pm (UK time) on the same day, excluding weekends and national holidays.

Next day delivery applies to working days only, guaranteed if a courier is selected and the order is received before 1.30pm.

If you have changed your mind about keeping an item we understand and we happily accept returns within 30 days, as long as the item is unopened and returned in original condition we are happy to provide a full refund for the item or exchanged for goods of the same value.  Please note that due to the hygienic nature of some oral and body care products we are unable to accept items back where the packaging seal has been breached. If you have received a faulty item or an item in error, we will see to it that you receive the correct item at no extra cost. Please use the "contact us" page and we will be happy to help.

See all our special offers here